Car rental fes airport. Pick up your AIRFLY CAR rental car as soon as you arrive at Fez airport! Our rental agency offers a wide range of cars. Don't waste any more time and rent a car in fes airport now. Pick it up as soon as you arrive at Fes airport and explore Morocco's cultural capital. Take advantage of offers tailored to all budgets. For a stay of more than one month, the agencies offer a long-term car rental in Fez at discounted prices. If you decide to stay less than a week, the short-term car rental in Fez confers an undeniable advantage. Rent a car fes airport

Fes is a city in northeastern Morocco often called the cultural capital of the country. It is best known for its fortified medina of Fez El Bali, with the medieval architecture of Marinid, the vibrant souks and the atmosphere of yesteryear. The medina houses religious schools such as the 14th century BouInania and Al Attarine, both decorated with elaborate cedar sculptures and ornate tiles. Donkeys and pedestrians are the main traffic in the car-free medina, which is filled with craft workshops, spice markets and baths. It is also the site of the huge 9th-century al-Karaouine Mosque and University, as well as the 11th-century chouara leather tannery, where animal skins are treated and hand-dyed in an open-air complex of stone pits. The Nejjarine Museum of Wood Crafts and Crafts is located nearby in a restored hostel with a panoramic rooftop café. To the south is the 15th century Jewish quarter and a large Jewish cemetery. 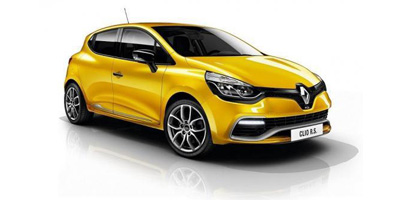 1. How much does a rental car cost at fes airport?

A rental car at fes airport costs an average of 21 euros per day.

2. What is the most popular car category at fes airport?

Citadine (Renault Clio 4 , Citroen C3 , Dacia logan or stepway) is the category of car most reserved at the airport of fes.

3. What is the cheapest car rental agency at fes airport?

The cheapest rental cars with better quality can be found at AIRFLY CAR.

4. Where to find rental cars at the nearby fes airport?

In addition to our 24/7 services at fes airport, you can also have your car wherever you want at your hotel or any other place you want.

5. Morocco - What are the most popular destinations in Fes?

According to our experience, the most popular destinations to rent a car are Fez El Bali, the souks and Al Attarine.

6. How much does it cost to rent a car at fes airport for a week?

7. How much does it cost to rent a car at fes airport for a month?

A rental car at fes airport costs on average 628 euros per month.

8. Driving in Fes: What you need to know?

At any time of the year, traffic in Fez is fluid, and Morocco's road network is improving day by day. The country mostly uses the right-wing priority, so be especially careful when travelling in Morocco. It is not recommended to drive at night. Indeed, the roads are also used by merchants, peasants or villagers with loads that have no lighting, therefore accidents are extremely numerous.

9. Driving in Fes: At what age is it possible to rent a car?

10. Driving in Fes: How much is the price of diesel?

A litre of diesel in Morocco costs about 9 MAD (0.85 EUR). There are gas stations in all major cities, and in sufficient numbers, however, it is necessary to make sure to refuel before starting a long journey, as the gas stations are much more spaced in the countryside. Most stations close at night, so you have to be prepared.

Speed is limited in Morocco from 40 to 60 km/h inside the city, 80 to 100 km/h outside the city, and 120 km/h on the highway. However, we draw your attention to the fact that these speeds are indicative, and that your pace will have to adapt to the condition of the roads. Be especially vigilant on motorways, as the distances are sometimes very large between two pedestrian bridges to pass on the other side, so pedestrians can choose to cross the tracks.

Average rating of car rental at Fez Airport according to our customers 4.8 (798 ratings)